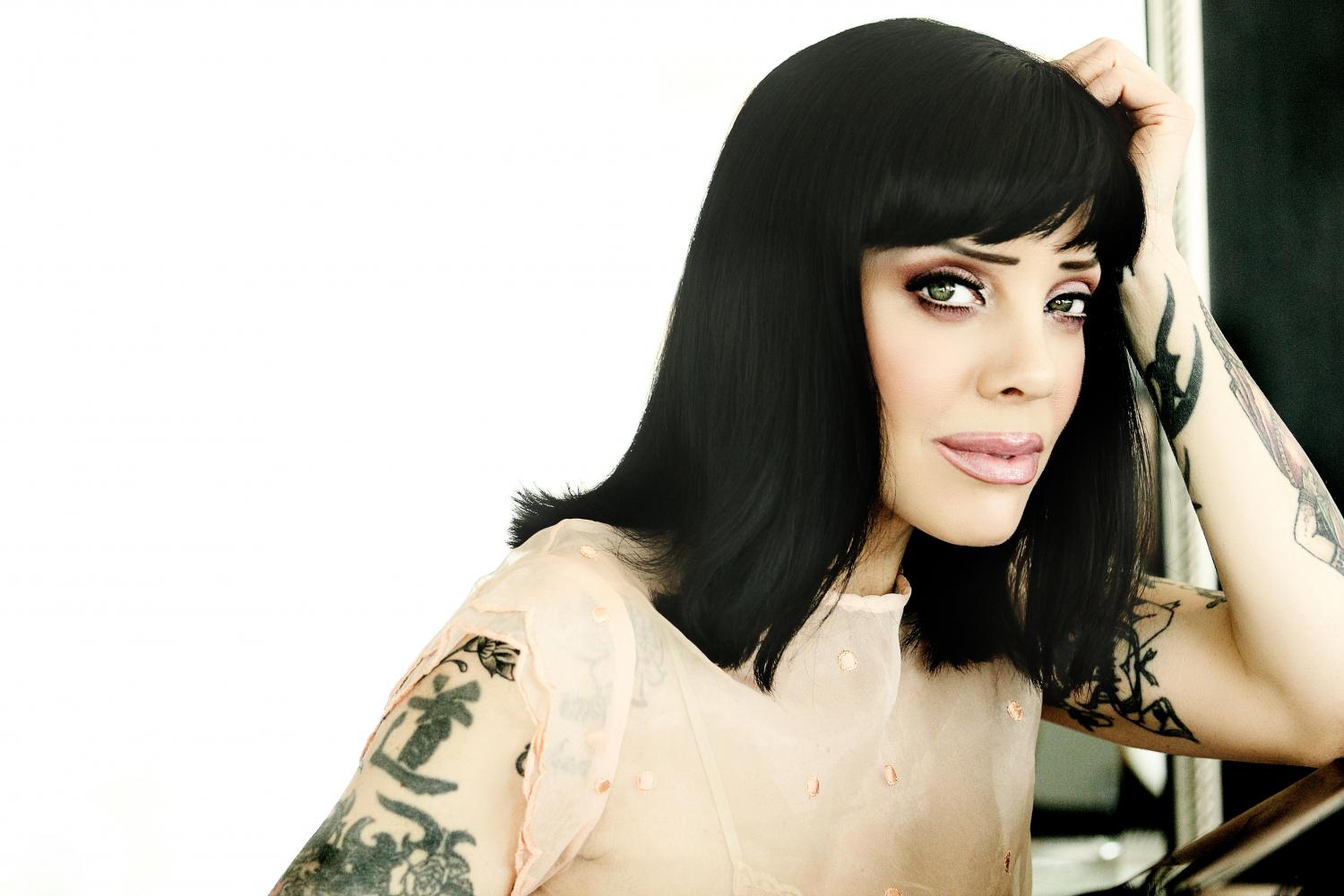 For most people waking up on the bright and early October 4th, it was just another day in the week. For me, I was anxiously awaiting to interview one of the most hardworking and empowering woman in the music industry. This wasn’t just another name to the resume; She also is someone I heard often talked about in the highest regards with my mother.  You could say it fit the “things sometimes come full circle” quote perfectly.

When you hear the name “Bif Naked” you think of a badass Rockstar and a proud singer/songwriter. Although this is true, it privileged me to see a side of Bif that was just a tad bit different, while still touching on why music and the mic will forever be her long loving date.

“I am lucky as a woman in the music business,” states Bif. “I kept persevering through the obstacles in the way for a girl who didn’t fit into the norm. It seemed very daunting. When success came in 1994, when I put out my first record, I couldn’t believe I could accomplish that.” Since Bif has been an incredible role model for many females out there, being vulnerable can feel tricky, especially when you are up against audiences that may not care in accepting hard work. The key for Bif is to listen to other women in the business when in solitude. “No matter what genre, it still has this unspoken sisterhood. I was so determined when I was younger to be tough just like the guys and used to take great offense. When you go to another country, for example, and they haven’t heard of you before, it’s natural for people to make comparisons, especially with singers. The older I got even my opinion and deliver changed and not taking things personally. It’s the same in all workforces.”

We also know Bif for great activism that she takes pride in since her twenties. This inevitably comes with witnessing great change within the movement, therefore, I had to wonder what the young Bif Naked would say today with a new collection of women’s rights marches and “take back the night” groups in our archives. It’s as simple as being “LOUDER,” laughed Bif. “It’s an outspoken activist mentality that is normalized. Our mothers and aunties can wear vagina hats and march in the streets. Feminism was a dirty word and fell out of fashion, and I don’t know why. My 21-year-old self would be for it in this time, but then I’m like wait… I still am!”

In her hectic world of touring and other very cool stuff, Bif expressed her love by unearthing zen in the simplest ways that can block out the noise when she needs it.  If you like to get a good cook on, you now automatically have something in common with her. “I love nothing more than to surprise my friends and make their favorite meals and inversion. No one in my family has never been a vegan/vegetarian, so I was alone in the ocean and gently introduced everyone slowly. I enjoy it, it’s fun.”

To those that may say Bif Naked was one in a million or Lady Luck was stuck to her side in terms of making it, but she wants to clarify that each humans’ success can be defined in multiple ways. “I think everyone’s story is exactly the same regarding perseverance. Even If I wasn’t a singer and was a dishwasher, I still would think it’s a success cleaning each dish. I always felt that way.” Bif also added how important it is to recognize how beautiful it is to literally make it through the day without being struck by a vehicle in a busy city or not saying the words of ‘I can’t go on’ is a major milestone.

Speaking of milestones, with no opinions of managers and CEO’s, Rad + Raw was so curious to find out what has been the brightest memory Bif will continue to take along with her. Though there are so many, she pinpointed one that could injure the living soul’s heart. “It was the showcase I did before my very first record came out, maybe 1993/1994. I was a solo performer, which I never have done. My manager told me to go out and sing a song called “Tell On You–Letter To My Rapist” and I said there was no fucking way I could do that. My band was young 22-23-year-old guys who really didn’t want to back me up playing a set like that so I went out on stage and sang it acapella. It was like “I’m going to take on this huge emotional injury right now.” That performance was the hardest thing I ever did, but I did it! Truly, I could go to my grave knowing I did the most frightening thing I ever did my life.”

I can’t express how rad it was to speak with Bif and hear the many sides that make up who she is. This will no doubt be one of the coolest interviews I will ever do. There are very few people like her in the music industry, but we are so lucky she is that very few.

If there is anything you can take from this interview, it’s that our ‘vocal range’ wasn’t meant for us to remain silent.

*We acknowledge the photo credit to the rightful owner*